Gaetano Donizetti, was born in Bergamo on November 29th 1797. Bergamo, city with a rich and interesting history started even before the Romans with the Celts, is located not far from Milan in the same metropolitan area, only 30 km away from lakes Como and Iseo and also close to the Alps, which foothills begin right on its north side.

The compelling power of Zandonai’s best opera Francesca da Rimini is the best known of Riccardo Zandonai’s opera, a work of musical richness and compelling dramatic power. D’Annunzio’s play, written in the years of his obsession for Wagner, has many parallels with Tristan und Isolde, as for instance the minstrel account of Isolde’s story at the beginning of the opera and the “goblet scene” in act two. The epitome of a tragic love The first act takes place in Ravenna: Francesca da Polenta, daughter of the lord of the city, is about to marry Guido Malatesta, called Gianciotto because of his deformity (he’s crippled): she’s led to believe that the groom to be is the handsome Paolo, Gianciotto’s brother. In the second act, the following winter, the Guelphs Malatesta, at war with the Ghibellines, are besieging their castle in Rimini. Francesca meets Paolo in the castle and blames him for deceiving her into marriage. Gianciotto arrives followed by their brother Malatestino, who is wounded. In act three, a few months later, Francesca is in her room reading when Paolo, back from a long journey, enters. After confessing each other their love, they go back to the reading which features the […]

Not only composer Giovanni Battista Pergolesi but also Gaspare Spontini was born nearby Jesi. The town is however mainly important for being the birthplace of one of the most important and fascinating figure in medieval history, the second emperor of the Hohenstaufen dynasty Frederick II of Swabia (1194-1250) also referred to as the Stupor Mundi “Wonder of the world”.

What is Rigoletto it about? This sounds like a simple question, which could be answered by telling the story of the Duke of Mantua, the city of Mantua, his hunchback jester and the jester’s daughter, Gilda. A story of love, deception, revenge, and death. The story, of course, is so close to the one told by playwright and poet Victor Hugo in his play Le Roi s’amuse (The King has fun), that they could appear the same thing. But anyone who loves opera will not be satisfied by this explanation. In the best operas, music is much more than an accompaniment to the story: it is through the power of music that the story unfolds into the drama. Verdi fell literally in love with Hugo’s play and was determined to translate it into music; despite his librettist Francesco Maria Piave‘s concerns, particularly over the fourth act culminating in the deposition of a dying Gilda in a bag. In a letter dated June 1850, Verdi explains the reasons he suggested as a title for the opera Monterone’s curse or, by the short, The Curse. “The subject is the curse as a moral element: A distraught father who mourns the honor taken away from his daughter, a […] 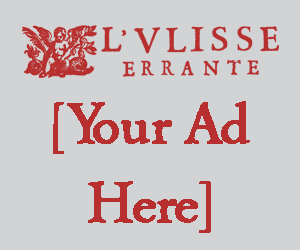 La Serva Padrona, composed on a libretto by Gennaro Antonio Federico in 1733, is an intermezzo divided into two interludes. It was originally designed to be performed between the acts of the opera seria Il prigioniero superbo by Pergolesi himself, staged at the Teatro San Bartolomeo in Naples on the occasion of the birthday of the empress Elisabeth Christine of Brunswick, wife of the emperor Charles VI and mother of the empress Marie Therese of Augsburg. That very same libretto had been used by almost every composer in Naples and therefore was already popular in a number of successful versions. The definition of believable characters and the solid realism of the short story, revolving almost entirely around the characters’ psychology made of the libretto a success. Pergolesi’s genius turned it into a masterpiece.

Rossini wrote his first opera, Demetrio e Polibio in 1806 not even fifteen. His official debut was in Venice in 1810 with the opera La Cambiale di Matrimonio. In the following two decades Rossini composed 39 operas, 4 or 5 new ones per year, with some controversial premieres, such as the Barber of Seville legendary fiasco in Rome in 1816 and some extraordinary successes: La Gazza Ladra, Zelmira and Semiramide, the last opera premiered in Italy in 1823.

Domenico Cimarosa’s most successful opera, The Secret Marriage, was composed on a libretto written by Giovanni Bertati, a Venetian employed as court poet in Vienna, on a subject very popular at the time. The story was in fact at the centre of a series of 6 paintings by William Hogarth, the Marriage in Fashion, le Mariage à la Mode, published in London between 1743 and 1745, depicting the bad consequences of a wedding between a penniless aristocrat and a rich bourgeois. Bertati the librettist turns the social satire into a mockery of bourgeois, eager to ennoble but happy to save half of the dowry when the opportunity arises.

Domenico Cimarosa | The triumph of the Neapolitan school

The Neapolitan school and the trumph of the classical style Domenico Cimarosa’s successes are a prove of the fact that the revolutionary charge of Mozart’s operas wasn’t fully understood by his contemporaries. The secret marriage is regarded as the masterpiece of the comic Neapolitan School and has been almost constantly performed since its composition; yet its characters don’t have a naturalness or a psychological definition comparable to that of Mozart’s. An unmatched reputation as a composer Cimarosa was however the best of his time for his ability of setting into fine music ordinary-life stories. He gave voice to real people with their passions and anxieties, reveiling their true heart. Through the refined melodies of his arias, his characters describe their actions and emotions with freshness and effectiveness. Cimarosa wrote a total of 99 operas filled with delightful pages, graceful melodies and funny and profoundly human characters. In the last years of his life and before Rossini became famous, his reputation as a composer was unmatched. Cimarosa, a brief biography Domenico Cimarosa was born in Aversa, nearby Caserta on the 17th December 1749. Just a few days after his birth his family moved to Naples, as his father was hired for the construction of […]

The Comic Opera revolution | From Opera Seria to modern opera

At the beginning of the eighteenth century starts to develop a type of opera uniquely based on comic characters. It was a consequence of Zeno’s reform which separated the comic scenes within an opera, from all the rest. Two types of performances started then to take shape, marking a turning point in the history of opera. They were the interludes or intermezzi and a music comedy in Neapolitan dialect, called Commedeja pee Mmuseca.

Events Pro  |  Info: There are no events created, add some please.