Francesca da Rimini is the best known of Riccardo Zandonai’s opera, a work of musical richness and compelling dramatic power. D’Annunzio’s play, written in the years of his obsession for Wagner, has many parallels with Tristan und Isolde, as for instance the minstrel account of Isolde’s story at the beginning of the opera and the “goblet scene” in act two.

The epitome of a tragic love

The first act takes place in Ravenna: Francesca da Polenta, daughter of the lord of the city, is about to marry Guido Malatesta, called Gianciotto because of his deformity (he’s crippled): she’s led to believe that the groom to be is the handsome Paolo, Gianciotto’s brother.

In the second act, the following winter, the Guelphs Malatesta, at war with the Ghibellines, are besieging their castle in Rimini. Francesca meets Paolo in the castle and blames him for deceiving her into marriage. Gianciotto arrives followed by their brother Malatestino, who is wounded.

In act three, a few months later, Francesca is in her room reading when Paolo, back from a long journey, enters. After confessing each other their love, they go back to the reading which features the story of Lancelot and Guinevere. It is in that moment, while reading of the forbidden love between Guinevere and Lancelot, then that Paolo, unable to prevent himself, kisses Francesca. 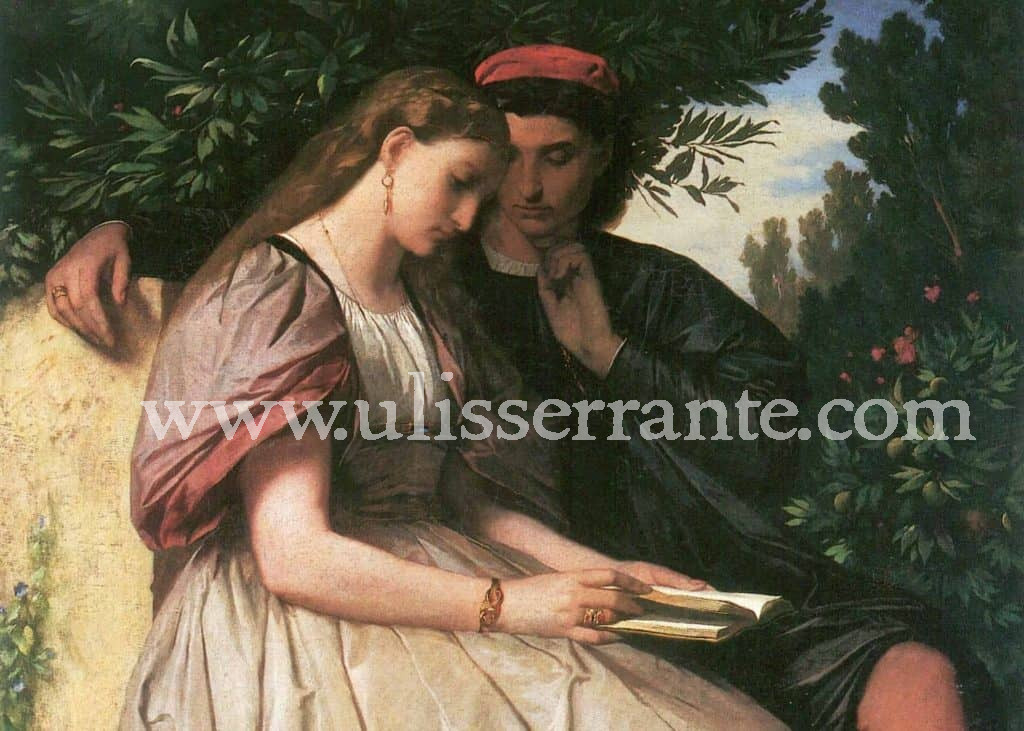 In the fourth act, the odd and cruel Malatestino declares his love to Francesca who rejects him and then complains with Gianciotto of Malatestino’s lack of love. Gianciotto scolds his brother, who reveals that Paolo and Francesca are lovers. Gianciotto surprises them and kills both.

After eleven performances at the Met in 1916 Francesca da Rimini wasn’t performed in NY  for almost 70 years. The staging produced in 1984 had a magnificent Renata Scotto in the title role which she interpreted with her personal expressive chiaroscuro and dramatic intensity.

The action takes mainly place in Rimini, city founded by the romans in 268 BC with the name of Ariminum.

The strategic location of the city guarding the Po Valley, made of Rimini a bulwark against the advance of the Gauls and an outpost for the Roman conquests of the north as it was right at the junction of the main roads: the via Emilia, starting in Piacenza, the Flaminia coming from Rome and the Annia-Popilia, connecting Rimini to Ravenna, Padua and Aquileia.

During the early imperial age Rimini enjoyed a long period of prosperity and urban renewal under the emperors Augustus, Tiberius and Hadrian, who promoted large public works and built remarkable monuments, such as the Augustus Arch, the Tiberius Bridge, the theatre and the amphitheatre. 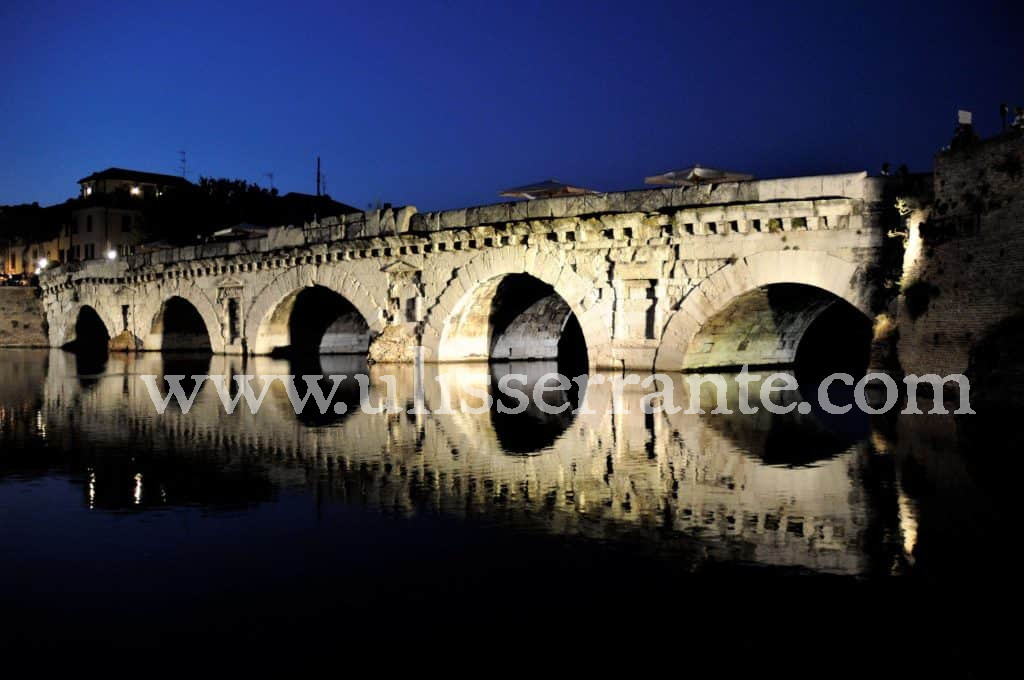 From the third century AD Rimini lost most of its importance. After the barbarian invasions, the region, was renamed Romagna after the Byzantines, considered as the heirs of the Romans, who ruled establishing on the area a “maritime Pentapolis” uniting the cities of Rimini, Pesaro, Fano, Senigallia and Ancona, untill the territory was donated to the Church in 756 by Pepin, King of the Franks.

Rimini strengthened its political autonomy from Ravenna in the XI century, thanks to an increase of the trades that saw the construction of a new pear and the foundation of the Borgo San Giuliano.

The city became a free comune in the twelfth century and in the thirteenth century began a period of intense development: the Town Hall Square, the Palazzo del Podestà and the Arengo Palace were built in the square that is now Piazza Cavour as a new center of political power.

The city hosted famous artists, including Giotto, whose art inspired a fourteenth century school of painters. The most powerful noble families of Rimini, Guelphs and Ghibellines, fought for the power throughout the thirteenth century. In the end Rimini became a Guelph city through the rise of a powerful family from Verucchio, the  Malatesta. The founder of the house, Malatesta the Old also called Mastin Vecchio, cited in Dante’s Divine Comedy, made of Rimini his capital.

Sigismondo Pandolfo Malatesta rose to power in 1432. Ruthless captain and at the same time great patron of the art, Sigismondo built the so called MalatestaTemple and Castel Sismondo and secured the prestige of the dynasty marrying Ginevra d’Este (died 1440), Polissena Sforza (in 1456) and finally Isotta degli Atti. He was defeated by the papal troops led by his bitter enemy Federico da Montefeltro, Duke of Urbino, in 1463.

After his death in 1468 began a period of dynastic struggles involving Sigismondo’s sons Roberto “the Magnificent” and Sallustio. Pandolfo IV and his son Sigismondo II are the last two rulers from the Malatesta family: they were expelled from Rimini in 1500 by Cesare Borgia and in 1528 the city was annexed to the Papal States. The Malatesta ruled Romagna, Rimini and its surroundings, for over 230 years, from 1295 to 1528. In that period their influence extended from the castles north of San Marino to the provinces of Pesaro, Ancona, Forlì, Cesena and Ravenna.

Sismondo Castle is still among the most impressive monuments in Rimini. Built between 1437 and 1446, the castle was surrounded by a large and deep ditch, passed by two drawbridges that led to two separate fortified courts. Its core was divided into two outdoor courtyards, defended by mighty ramparts, five towers and a building called the “Palace of Isolde.” With the lowering of the towers, the filling the ditches and the complete demolition of the outer wall all that is left now of the fortress is its core. 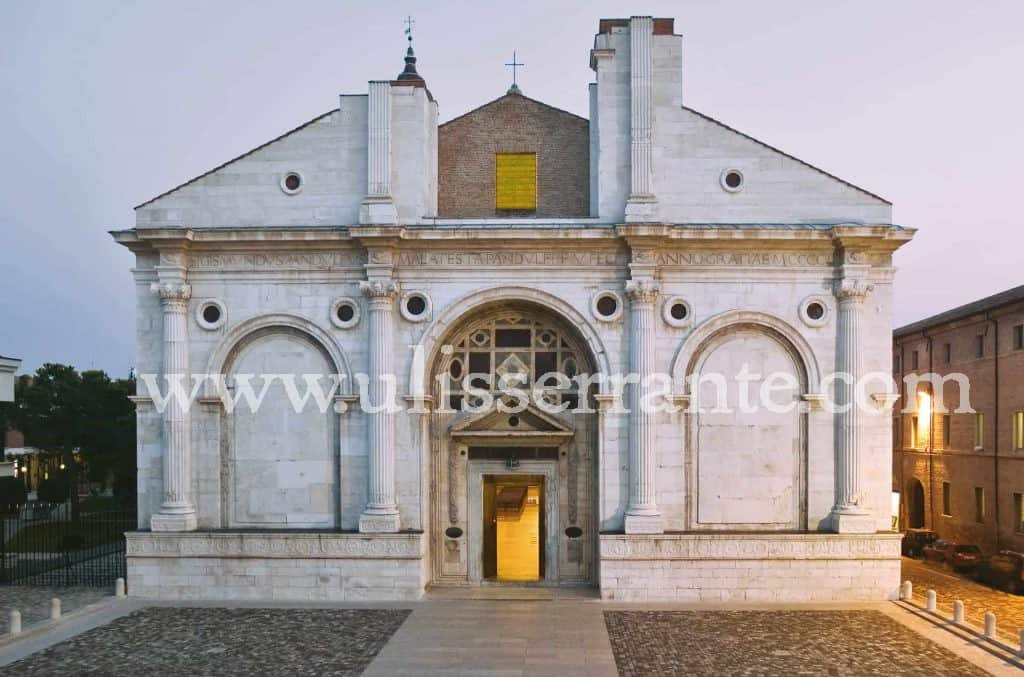 Another important heritage of the city is The Malatesta Temple, one of the most significant among Italian renaissance monuments. Originally built in Gothic style on the site of an ancient Benedictine church it became the burial place of the members of the Malatesta family. Between 1450 and 1461 the building was radically transformed according to the design of Leon Battista Alberti. Inside the cathedral are the tombs of Sigismondo and Isotta degli Atti and two art pieces of exceptional importance: a Crucifix by Giotto (1300) and a fresco by Piero della Francesca: Sigismondo Pandolfo Malatesta in prayer before St. Sigismund. 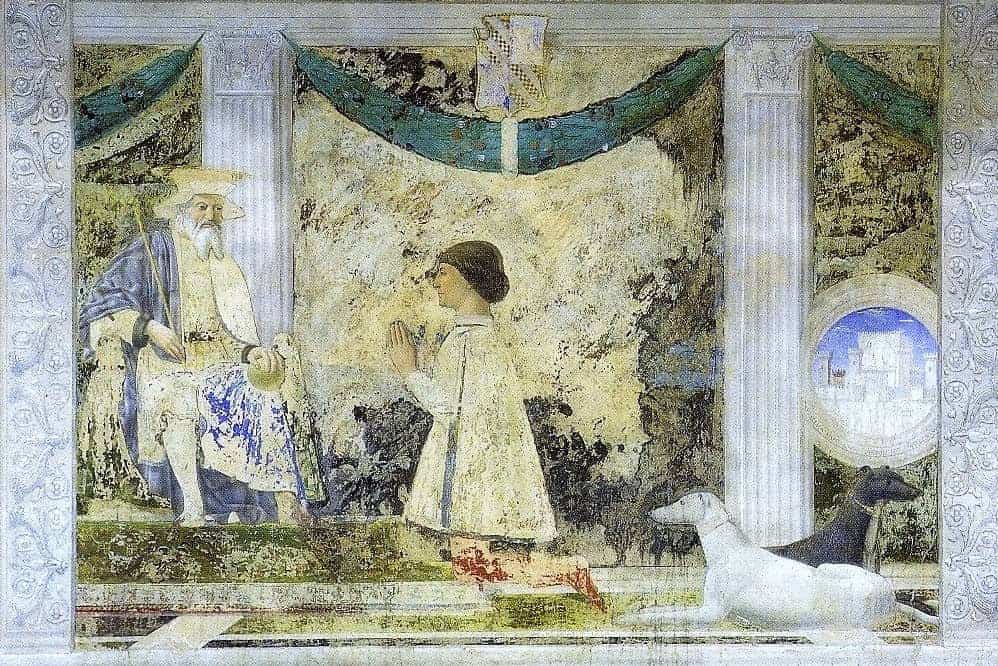 The latest addiction to Rimini heritage and the most important to a music lover is indoubtly the theatre, a 19th century theatre disgned by architect and engeneer Luigi Poletti, reopened in october 2018, 70 years after its bombing during the WWII, with a memorable Cenerentola with Cecilia Bartoli.

There is no evidence apart from Dante’s divine comedy that Gianciotto killed his wife Francesca da Polenta and his younger brother Paolo, caught in adultery, in 1285. Dante was 20 years old than and he begun the composition of his poem only 20 years later.

It’s however certain that Francesca died very young. The sources confirm she was born around 1260, she was beautiful in appearance and proud in spirit. As was the custom for girls during the Middle Ages, she spent her childhood quietly, her marriage was arranged perhaps already in 1275, when she was just fifteen or sixteen, certainly gave her husband Gianciotto Malatesta two children: a daughter, Concordia, and a son, Francesco, who died in infancy.

Murder in the castle?

Yet there’s no evidence of her affair with Paolo, which under the laws of the time would have been incestuous as they were regarded as brothers, or of their murder. All we know is that her husband married again in 1286. So, Francesca probably died between 1283 and 1285, when she was between 23 and 26 years of age; consequently, there’s no proof of the place where the murder would have happened though but tradition identifies the Gradara Castle as the crime scene.

With no certainty about the historical events, it is Dante’s poetic character of Francesca that will live forever. Dragged on for eternity by the hurricane that sweeps away the souls of the lustful, she remains united to Paolo also after death through a passion that, in spite of its violence, leaves her gentleness untouched.